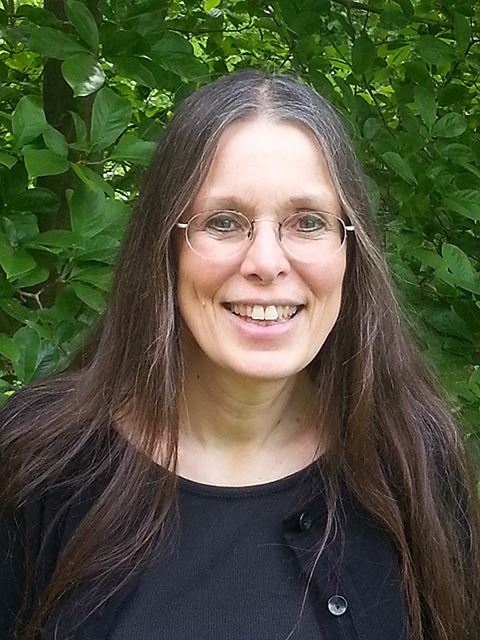 Holly Rushmeier received the BS, MS and PhD degrees in Mechanical Engineering from Cornell University in 1977, 1986 and 1988 respectively. Between receiving the BS and returning to graduate school in 1983 she worked as an engineer at the Boeing Commercial Airplane Company and at Washington Natural Gas Company (now a part of Puget Sound Energy). In 1988 she joined the Mechanical Engineering faculty at Georgia Tech. While there she conducted sponsored research in the area of computer graphics image synthesis and taught classes heat transfer and numerical methods at both the undergraduate and graduate levels. At the end of 1991 Holly Rushmeier joined the computing and mathematics staff of the National Institute of Standards and Technology, focusing on scientific data visualization.

From 1996 to early 2004 Rushmeier was a research staff member at the IBM T.J. Watson Research Center. At IBM she worked on a variety of data visualization problems in applications ranging from engineering to finance. She also worked in the area of acquisition of data required for generating realistic computer graphics models, including a project to create a digital model of Michelangelo’s Florence Pieta, and the development of a scanning system to capture shape and appearance data for presenting Egyptian cultural artifacts on the World Wide Web.

Rushmeier was Editor-in-Chief of ACM Transactions on Graphics from 1996-99 and co-EiC of Computer Graphics Forum (2010-2014). She has also served on the editorial boards of IEEE Transactions on Visualization and Computer Graphics, ACM Journal of Computing and Cultural Heritage and IEEE Computer Graphics and Applications. She currently serves the editorial boards of ACM Transactions on Applied Perception, ACM Transactions on Graphics, the Visual Computer and Computers and Graphics. In 1996 she served as the papers chair for the ACM SIGGRAPH conference, in 1998,2004 and 2005 as the papers co-chair for the IEEE Visualization conference and in 2000 as the papers co-chair for the Eurographics Rendering Workshop. She has also served in numerous program committees including multiple years on the committees for SIGGRAPH, IEEE Visualization, Eurographics, Eurographics Rendering Workshop/Symposium, and Graphics Interface.

Rushmeier is a fellow of the ACM and of the Eurographics Association. She has lectured at many meetings and academic institutions, including invited keynote presentations at international meetings (Eurographics Rendering Workshop 94, 3DIM 01 , Eurographics Conference 2001 and 2012, Pacific Graphics 2010, SCCG 2013, CGI 2014, CAA 2015 and VISAPP 2017.) She has spoken at and/or organized many tutorials and panels at the SIGGRAPH and IEEE Visualization conferences. Rushmeier served as chair of the Computer Science Department, July 2011- July 2014.

A challenge in cultural heritage documentation, analysis and communication is that relevant data is available in a wide variety of forms. Tools are needed to manage text, numerical output from instruments, images (both 2D and 3D), video and more. Further, a cultural heritage professional needs to observe all of this data to make informed decisions and communicate the basis for them. In this talk I will talk about tools for two scenarios – the data and analysis relevant to an individual object, and the data and analysis relevant to an entire site. I will provide examples of software we have developed and using the software to make sense of diverse data sets.